Saudi Arabia is now reaching out to the United States to maintain its regional security and stability.

Suspecting possible threat of war, the Saudi Arabian King Salman wants to ensure the country is well protected and prepared. 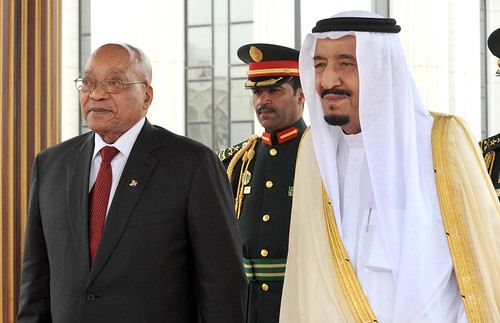 The United State’s Defense Department confirmed the move in a statement, saying it would deploy troops and resources to Saudi Arabia to “provide an additional deterrent” in the face of “emergent, credible threats.”

After Trump’s entry, the United States has considered Saudi Arabian important partner in the Middle East and counterweight to the influence of Iran.

The gesture comes amid rising tensions between Washington and Tehran in the Gulf that have impacted global oil markets.

Sources have confirmed that the deployment is meant to include about 500 U.S. military personnel in Saudi Arabia, and is a part of the exercise to boost the number of U.S. troops in the Middle East that the Pentagon announced in June 2019.

Relations between Washington and Tehran have continued to worsen since President Donald Trump abandoned a 2015 nuclear deal between world powers and Iran, and the latter has been resorting to all retaliatory tactics to get back at Washington. Under the pact the United States, the United Kingdom, Russia, France, and China—plus Germany) and the European Union had agreed to lift sanctions off Iran.

In return, the Tehran agreed to restrict nuclear work, long seen by the West as a cover for developing nuclear weapons, in return for lifting sanctions. However, with America retracting itself from the deal, the whole order has been left dis-balanced.

Iran’s retaliation is also a result of the fact the various sanctions imposed on it, has hit its economy very badly, a country that was
solely dependent on its oil sale and exports.

Sudan: Qatar is behind the attack on the Saudi Arabia, UAE, and Egypt

Drone that killed Soleimani was launched from US Qatar base

As per the latest US intelligence report, the drone missile which killed the Iranian general …